Galápagos cruise fleet is joined by an old friend

Back in 2010, I travelled on a memorable cruise around the tip of South America on board the delightful Via Australis (above) – a 136-passenger ship that took me as close as I have ever been to glaciers and penguins.

In January this year, visiting Chile on a cruise aboard Golden Princess, it was something of a disappointment to see sister ship Mare Australis (below) laid up in Punta Arenas. She looked rather forlorn, hauled out of the water and sitting on wooden blocks. 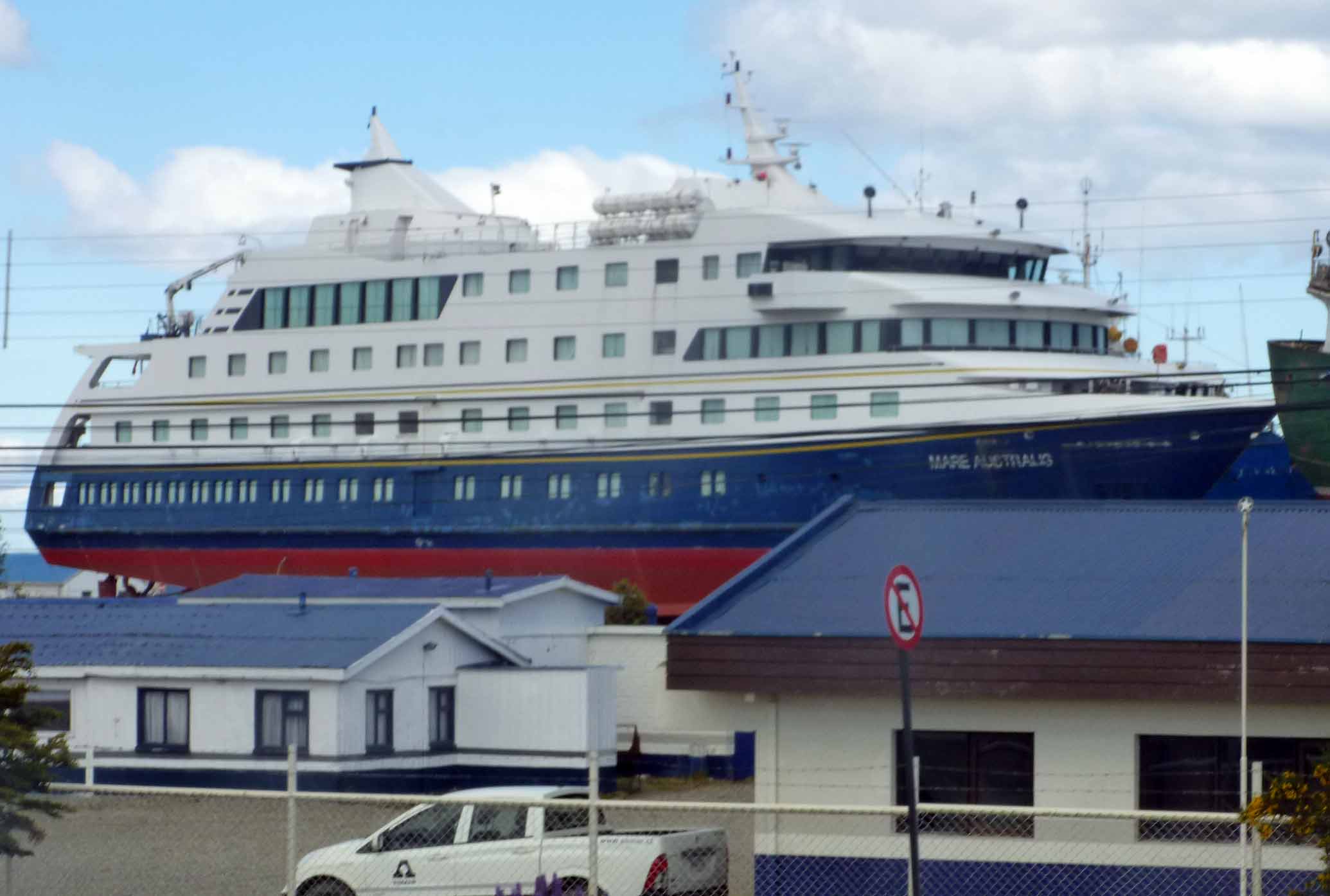 I was delighted to discover last night that Mare Australis has a new life, and a new name. Welcome to Santa Cruz II, which is currently being refurbished and will enter service with Metropolitan Touring in October, sailing luxury cruises to the Galápagos islands.

It will join the smaller vessels La Pinta, and Isabella II in Metropolitan’s fleet, and replaces the smaller Santa Cruz. Because Ecuador legislation strictly regulates the ships that are allowed to visit the ships that can visit the Galápagos national park, and the numbers of passengers they can carry, Santa Cruz II’s capacity will be reduced to 90, while the number of crew will be increased to 60.

The ship re-launches in October with an al fresco restaurant in the aft area where Zodiac inflatables used to be stored. They will now be hoisted onto the sun deck and the ship will also carry kayaks for more energetic guests.