Old, new, borrowed and mostly NEW – the biggest cruise ship of 2017 is a real wonder

There’s something of the blushing bride about 2017’s newest cruise ship, MSC Meraviglia, which was christened by Sophia Loren last weekend in the French port of Le Havre.

At 171,598 tons and capable of carrying a maximum 5,714 passengers in 2,244 cabins it’s the biggest vessel launched in 2017 and becomes the fourth-biggest cruise ship of all time. But it’s not size that matters in this case – it’s the something old, something new, borrowed and blue.

Blue in the funnels high up above Deck 19, more than 200 feet above the waves.

Old in the names given to the decks, after some of the wonders of the world such as Babylon, the Pyramids, Acropolis, Alhambra and Petra.

Borrowed in the shape of the central promenade like the ones pioneered by rivals Royal Caribbean. But taken to a new level with the shape-changing ceiling (above), a 260-ft long LED screen that can be an ornate Italian gallery one minute and a fantasy aquarium or a palm-fringed beach the next.

And mostly new with some of the most stunning designs at sea. Kids’ clubs packed with LEGO bricks and Playstations, a chocolate factory that outdoes Willy Wonka by offering confectionary that passengers can design themselves on an iPad, and the world’s first theatre at sea dedicated to Cirque de Soleil who have created two shows exclusively for Meraviglia.

There’s glam and glitter as well – staircases encrusted with thousands of Swarovski crystals, a Broadway theatre seating an audience of almost 1,000 … and pink Champagne served over ice and garnished with a surprising choice of pineapple, chilli pepper, or ginger.

No wonder the name of the ship translates from Italian as – you guessed it – WONDER.

The ship will operate seven-night Mediterranean cruises throughout the summer, calling at Barcelona, Marseille, Genoa, Naples, Messina and Valletta. Fares start at £999 per person in July, £699 in November.

It’s a bit more expensive in the exclusive gated community that is the Yacht Club, where the drinks are included and there are butlers to hand 24 hours a day.

Guests prepared to pay for the privilege get their own private lounge, restaurant, sun-deck and pool – but they can also share the theatre, water slides, F1 simulators and Butcher’s Cut Steakhouse (€46 for a 20 oz ribeye, plus  €12 to add lobster and €3 for chips) with the other passengers. 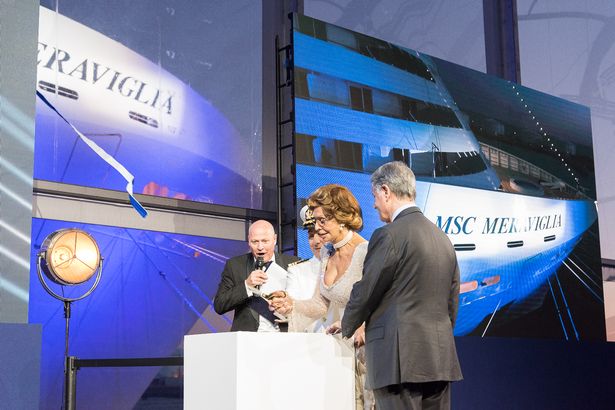 “We have an ambitious vision for the future and MSC Meraviglia marks the start of the second phase of growth for our Company. For this reason, its extremely proud moment for all of us at MSC Cruises as we see the first of our next-generation ships being named.

“The new ships that we are building – between 2017 and 2020 alone we will receive six new ships — are purpose-built, featuring innovation in both product and design, as well as the very latest-cutting edge marine and consumer-facing technology to create unforgettable holiday experiences at sea for guests of all ages. MSC Meraviglia is the first to make this vision come to life, as it sets a new standard for cruise ships as a destination in itself.” 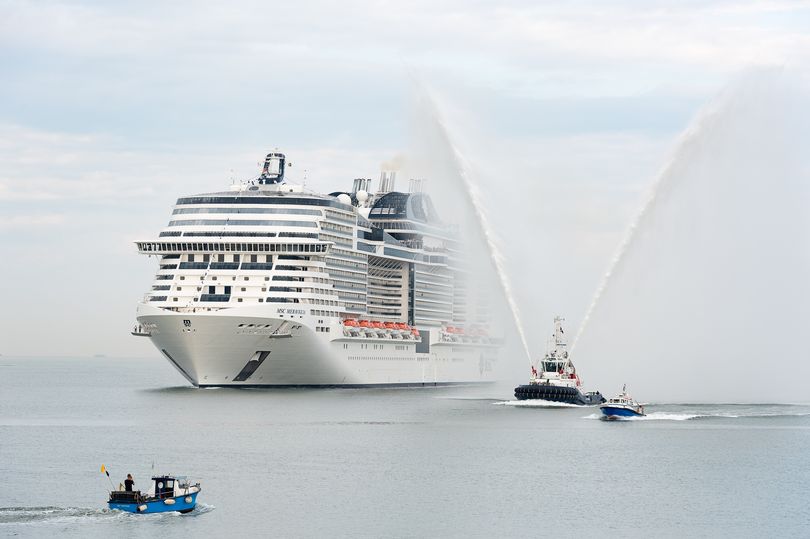 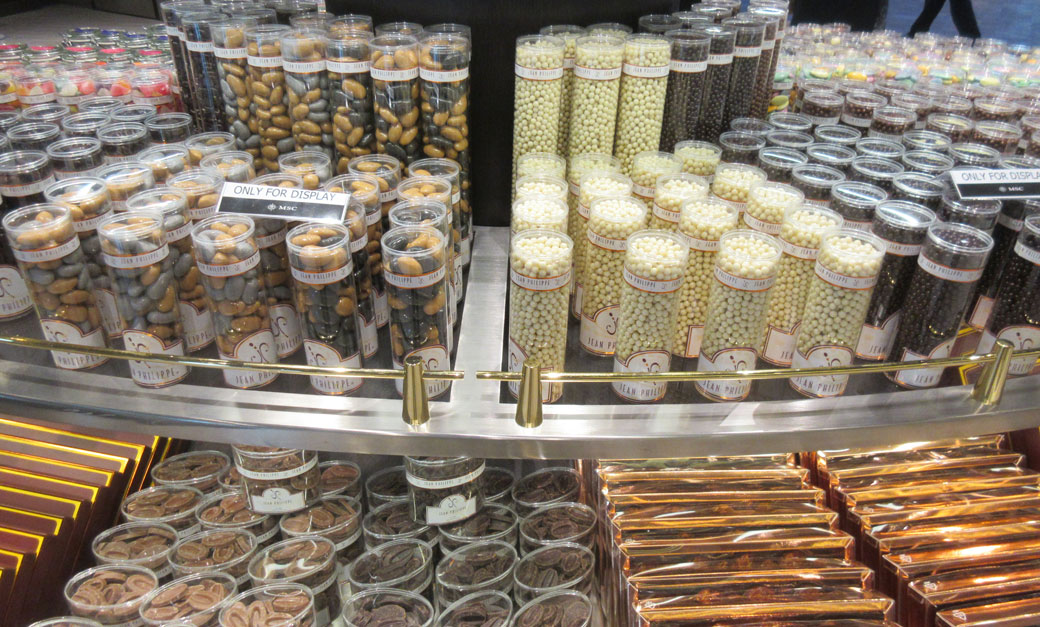 A selection of treats in MSC Meraviglia’s chocolate factory 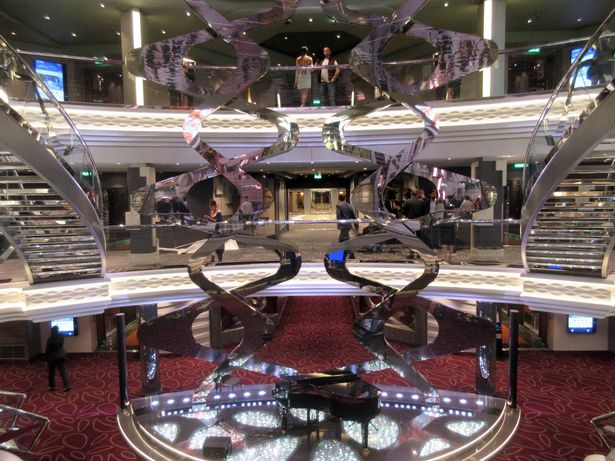 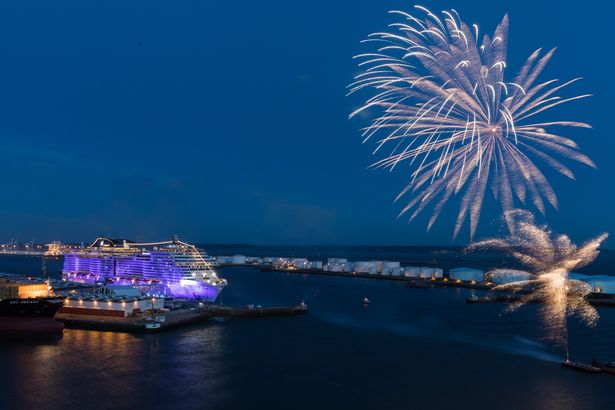