MSC should find what Bono is looking for

His company built Britannia and several other cruise ships for P&O, two of Cunard’s Queens, and dozens of ships for the Carnival Corporation. It has built ships for Disney and Oceania, and it is currently constructing luxury vessels for Regent Seven Seas Cruises and Seabourn.

Giuseppe Bono’s ships have carried millions of passengers on holidays all over the world. He is rightly proud of the Italian passion that goes into creating each one, the employment his company provides for thousands of workers, and the billions of euros Fincantieri brings to the Italian economy.

But Giuseppe Bono is missing out. He has never been on a cruise.

He made the startling admission yesterday at the traditional Coin Ceremony for MSC Seaside – which will become the largest cruise ship his company has ever constructed.

At 1,060 feet long, and with a maximum passenger capacity of 5,179, Seaside will dwarf Majestic Princess and Carnival Vista, which were its near neighbours in the yard this week.

Perhaps MSC chairman Pierfrancesco Vago, who also took part in the ceremony, could offer Dr Bono a suite in the ship’s luxurious Yacht Club for the maiden sailing in December 2017.

Seaside, designed by a Fincantieri team led by Maurizio Cergol, will be followed by a second version in 2018 and MSC has an option for a third. But those are only part of the company’s $9 billion investment in 11 new ships to be delivered by 2026.

Chief executive Gianni Onorato told me the company has more vessels on order than any other single cruise brand, and has committed itself further into the future than any competitors.

“MSC is not properly represented in the US,” he said, “but that will change when Seaside begins sailing year-round to the Caribbean from Miami.

“As well as our ships, we are also investing in creating a resort – I can’t just call it an island because it is a marine reserve as well – at Ocean Cay in the Bahamas. It lies just 60 miles from Miami and it will be the only private cruise resort to offer a night-time experience.”

Ocean Cay covers 95 acres of land, with six separate beaches – one reserved for Yacht Club guests. The nightlife will include live music and entertainment in a 2,000-seat open-air amphitheatre. 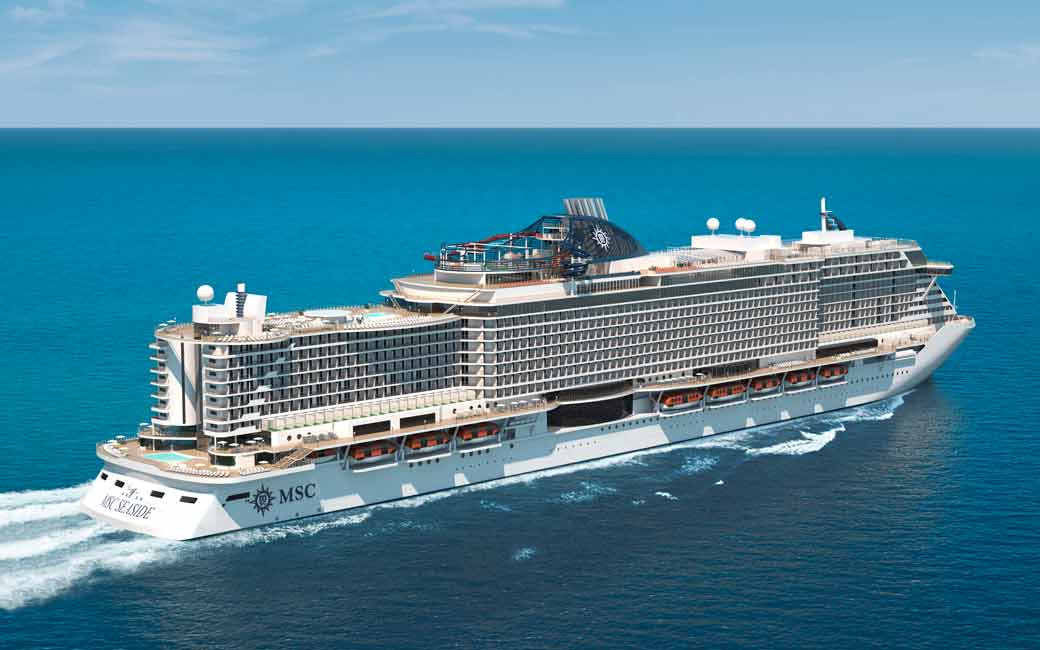