Queen Victoria has become the biggest passenger ship to dock at the port of Manaus, 900 miles up the River Amazon.

Cunard‘s 2,000-passenger vessel is on a 120-night World Voyage round-trip from Southampton, calling at a total of 32 ports in 17 countries.

Captain Peter Philpott was at the helm as the ship arrived in the Brazilian port. Passengers disembarked for excursions including a city tour to see sights including the Teatro Amazonas opera house and the municipal market. Others took a boat trip to the Meeting of the Waters, where the Rio Negro joins the Amazon.

He said:  “I feel immensely proud and privileged to be in command of Queen Victoria as she makes her maiden transit of the mighty Amazon River and berths at the port of Manaus, nearly 900 miles from the open ocean. The fact that a liner the size of Queen Victoria is able to travel so far up river demonstrates the enormous size and scale of the Amazon and for our guests on board to be able to experience Cunard’s renowned White Star Service whilst they watch the spectacular scenery unfold in front of them has been truly unique.”

Queen Victoria left Southampton on January 5 and will return on May 5. The World Voyage has already called at Fort Lauderdale and ports in the Caribbean, and takes her on to Rio de Janeiro, Buenos Aires, Ushuaia, Cape Horn, Valparaiso, Easter Island, Pitcairn, Tahiti, New Zealand, Australia, Samoa, Hawaii, San Francisco, and the Panama Canal. 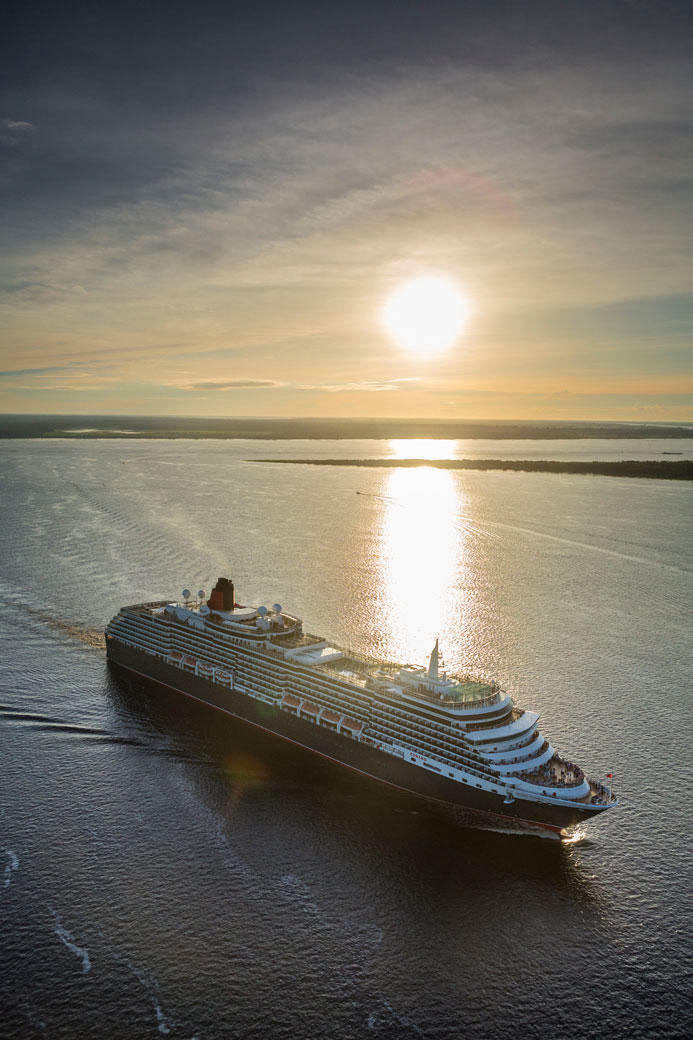 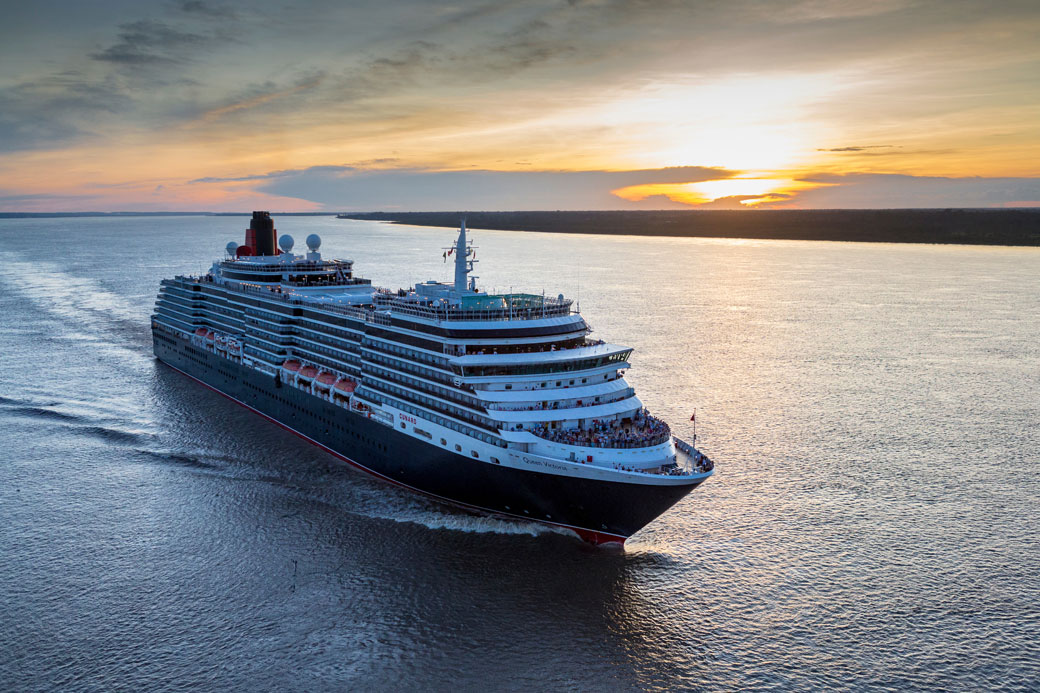 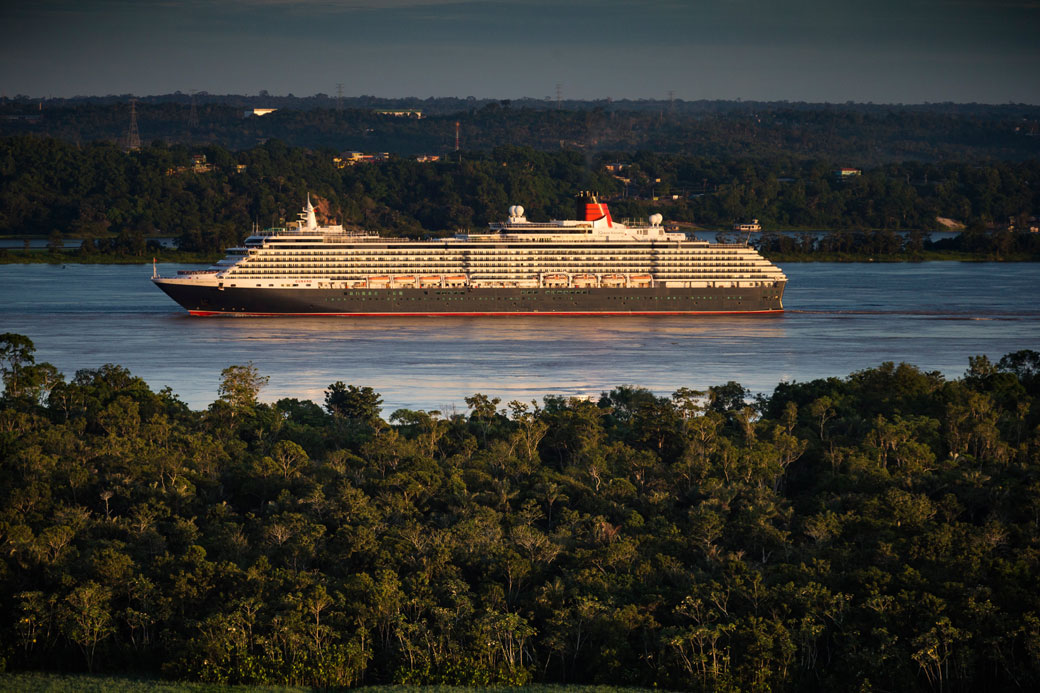 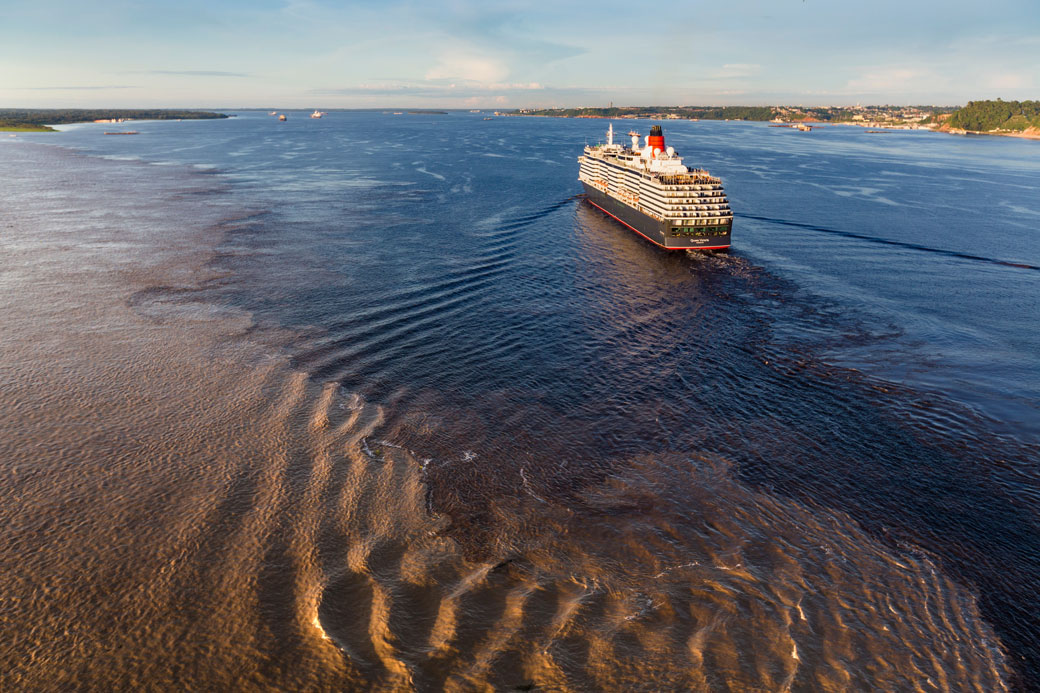