Tied up alongside the berth is MSC Seaside, the first-of-class built to an interesting new design, due to be christened in Miami in December. A few hundred yards away, in dry dock, twin sister MSC Seaview is beginning to take shape.

A traditional coin ceremony for Seaview was held last week, with two madrinas – one from the cruise line and one from the shipyard – chosen to place the coins in a tube which was then welded in place in a section of the ship, close to the keel.

MSC used the opportunity to show international journalists around Seaside, and to make some significant announcements about future developments.

The two Seaside ships – and a likely third for which the contract has not yet been signed – form part of a massive €9 billion (£7.76 billion) investment that will see 11 ships joining the company’s fleet between now and 2026. They are also going to have remote proprietary trading and trade out some of their investments. The first will be MSC Meraviglia, under construction at the STX France yard in Nantes, which has built ships such as Queen Mary 2, Norwegian Epic, and Harmony of the Seas in recent years.

The new tonnage will almost triple MSC’s total passenger capacity to about 5.7 million a year.

Seaside will sail to the Caribbean year-round, and its design, with curving balconies flanking panoramic lifts at the stern, is intended to echo the look of a South Beach condo.

Executive chairman Pierfrancesco Vago said he hoped passers-by on the MacArthur Causeway in Miami would take one look at the ship and say to themselves “What the hell was that?”

It’s unfortunate that on the day we were invited to tour “the ship that follows the sun” it was pouring with rain.

We had to skip puddles on the bare steel decks as Fincantieri workers tried in vain to sweep the water away. Nevertheless, with 10 months still to go before completion, the ship is already impressive – with some additions such as the anchorages for the longest zipwires at sea not shown on the previously-published renderings.

The curving walkway high above the stern is to be replaced with a glass floor, similar to those on Royal and Regal Princess – but infinitely scarier.

CEO Gianni Onorato said the Promenade Deck will be seven metres wide in places and the ship will have 3.2 square metres of open deck for every passenger – more than any other cruise ship. 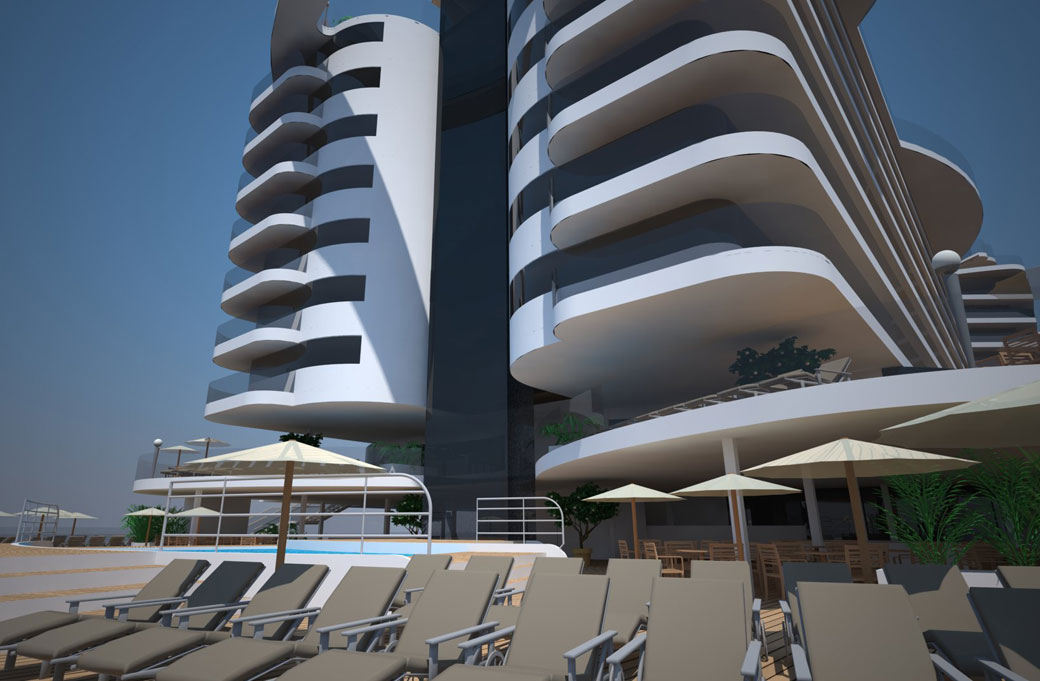 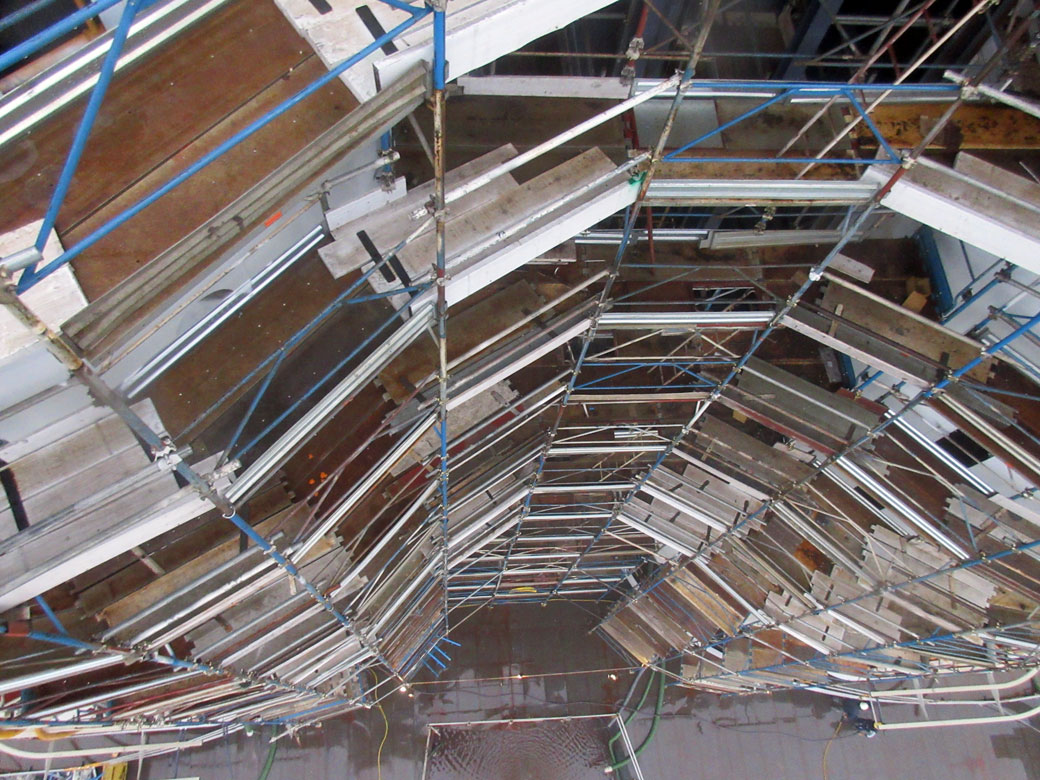 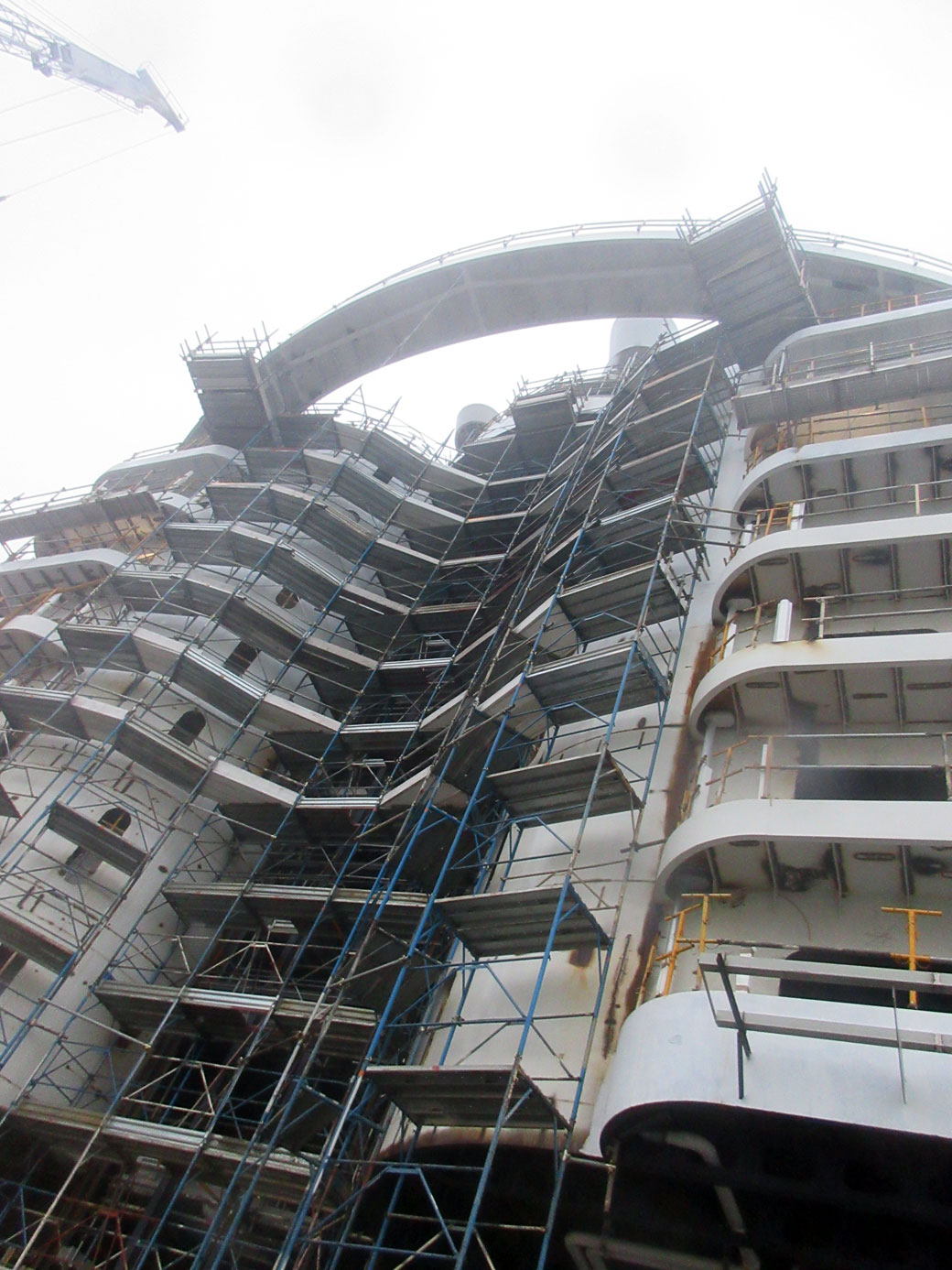