Keen river cruisers will be sitting back tonight to watch Jane McDonald journey along the Danube on board the luxury vessel SS Maria Theresa.

Operators Uniworld Boutique River Cruises are keeping their fingers crossed that viewer reaction will be as popular as the singer’s Hebridean cruise on The Majestic Line’s Glen Tarsan, broadcast last week.

Jane joined the mini-cruise ship last May for a six-night voyage around Mull, and her enthusiasm for both the boat and the destination proved infectious.

Sales manager Marie McGhee said, “The effect of the broadcast has been immense.  Within the first 10 minutes of the programme our website crashed with the level of traffic. It was all hands on deck responding to messages on Facebook, phone and email, from people desperate to book a cruise.

“We have had many thousands of bookings requests and have run out of printed brochures.  We expect our 2017 season to be totally booked out very soon and are also getting high levels of bookings for 2018.”

Andy Thoms, founder and part owner of  The Majestic Line, appeared in the programme playing the bagpipes and announcing a very individual grace to the Haggis.  He said, “We pioneered our own unique small-ship cruises in Argyll and the Hebrides 12 years ago to introduce people to this wonderful part of the world in the best possible way, from the sea.  It is now a burgeoning tourism sector with some of our previous skippers starting their own small-ship cruising companies, which we are happy to support.  ‘Cruising with Jane McDonald’ has set the sector alight”

Channel 5 reported that “Cruising with Jane McDonald” is the most successful new series launch this year with The Majestic Line attracting over 1.6m viewers.  On twitter the show trended nationwide at no 5.

Executive Editor of the series, Fi Cotter Craig, said “”We were all blown away by the scenery, the food, the crew, the cosiness of the Glen Tarsan, and as for the weather – wow. Jane said it was one of her favourite cruises ever; there was something utterly magical about the whole experience”

On her first-ever river cruise, showing tonight, Jane joins the ship in Budapest and later meets a Princess – Anita von Hohenburg, great grand-daughter of Archduke Franz Ferdinand – at a palace in Vienna. 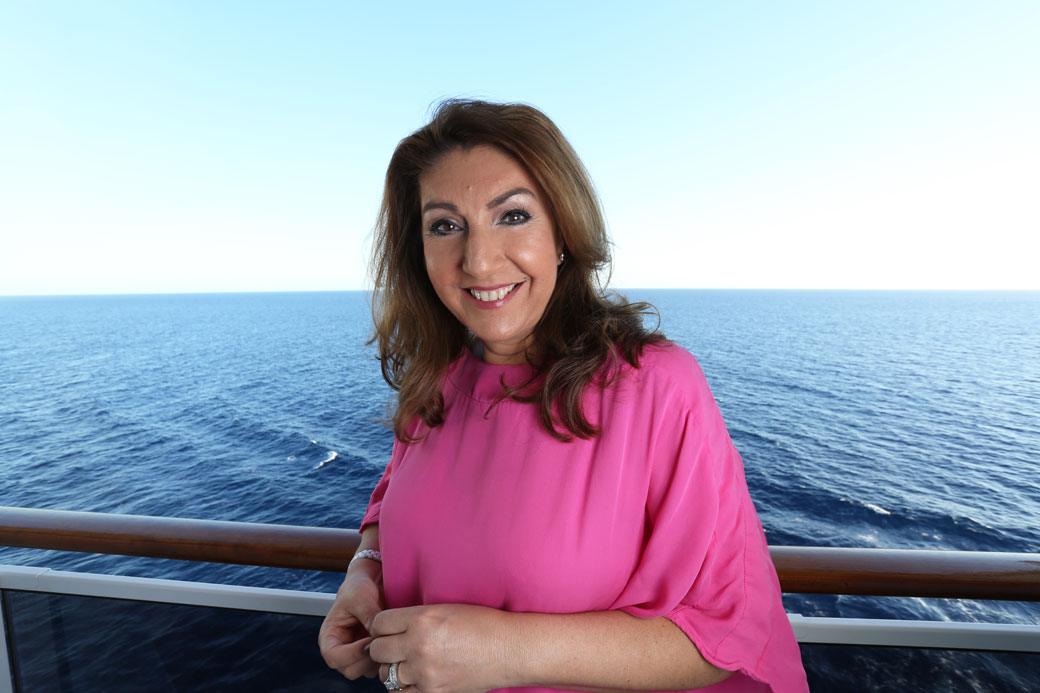